As one façade follows another, London's homogenous urban fabric makes city navigation feel like a maze. Thus, A Mazing London investigates repeating urban patterns and tries to deconstruct the arising confusion by recreating parts of Bloomsbury in the form of a VR video game.

Buildings are the fabric of the urban environment. If a city is very confusing and maze-y, it probably has to do with its buildings. While streets can be curvy or straight, if every building on every corner looks like the one before, no practical street planning is probably fix the overwhelming sensation of confusion.

When asked about why London confuses people, we now are able to answer that the fault lies in the design of facades. However, it is not quite the answer, as buildings and facades are created of a variety of components, including brick color, right proportions and density of architectural elements within the facade itself.

Please refer to the full portfolio embedded above as the virtual diorama presented below is but a small fraction of the entire project.

In order to explore this urban confusion that arises from the sensation of being lost in a big city, I created a VR video game that explores the same space being viewed through different spatial lenses.

The real-world locations were selected by simply wandering in the city. By connecting the selected sites we obtain a shape that will serve as the basis for a level in the game and ultimately become our virtual diorama. 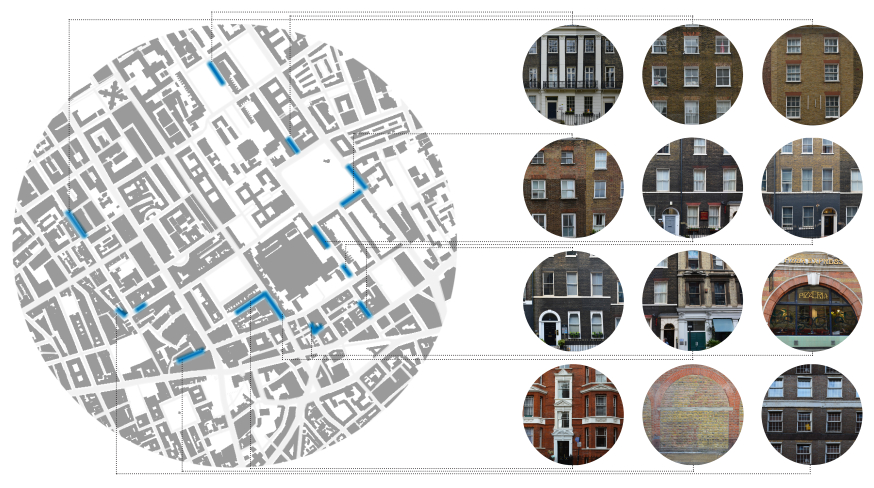 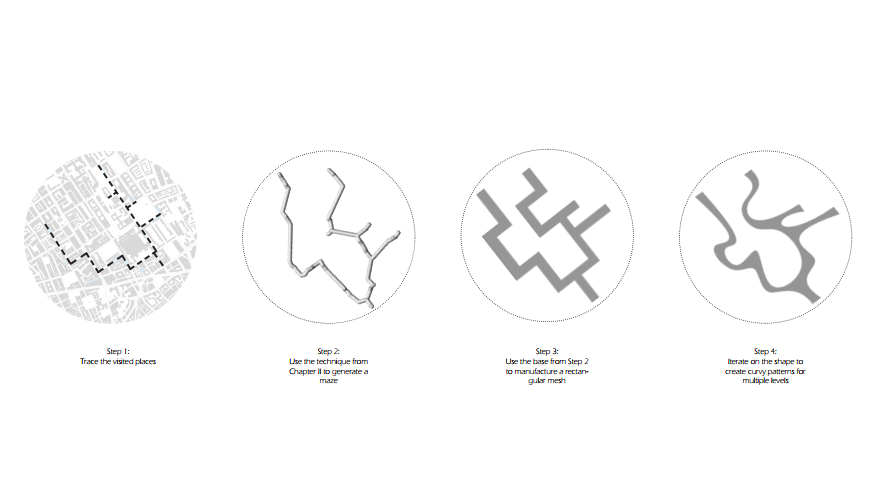 The Maze in its entirety 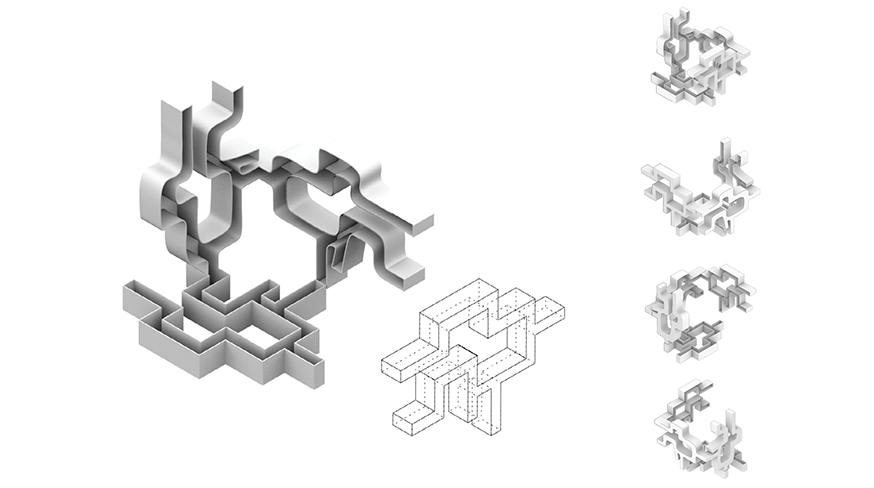 The VR experience follows a short 3 minute experience where the user walks throught the same environment four times, each time experiencing the same location through a unique visual representation.